Come out and participate in any of our community events and help us to promote Suicide Prevention in Worcester County. 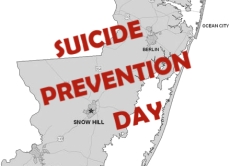 Suicide Prevention Day, was declared in 2012 by the Worcester County Commission to be May 24th of every year. On or about that date, look for the Jesse Klump Suicide Awareness and Prevention Program to host a community meeting that addresses some aspect of mental health awareness and suicide prevention. 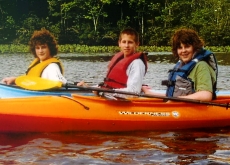 The 10th annual “Jesse’s Paddle,” an on-the-water event to raise funds for the Jesse Klump Memorial Scholarship and The Jesse Klump Suicide Awareness and Prevention Program, is scheduled for Saturday July 21, 2018. The event, which features canoe, kayak and paddleboard paddling, is in Snow Hill at the Pocomoke River Canoe Company. Registration begins at 4:00 p.m. Boats go in the water by 5:00 p.m.

“While ours are very serious missions,” said Jesse Klump Memorial Fund President Kim Klump, “On this day every year we remember fondly those we have lost to suicide with fun, food, auctions, prizes, and live music. Every penny of the funds we raise is invested in suicide prevention education and scholarship.”

Supporters are asked to solicit pledges and donations from friends, family members and colleagues. The goal for Jesse’s Paddle 2018 is $25,000. Paddlers can start their own online pledge team (or support another team) at Jesse's Paddle Donation Website. Alternatively, pledge collectors can download and print a Pledge Form, and bring the form and donations to the Paddle.

Paddlers will collect playing cards from 5 different floating "dealers" in a noncompetitive "Jesses's Poker Paddle" with a prize for the best hand. Boats are provided at no charge to those paddlers who solicit pledges from their friends, colleagues and family members (minimum $50 pledges/boat for a free boat).

There are prizes for top pledge producers, which includes Snow Hill weekend packages and a pontoon boat river tour for 10 guests. “Every paddler leaves Jesse’s Paddle with a prize,” said JKMF officer Ron Pilling, “and hopefully everyone leaves with new awareness of the threat of suicide in our seaside communities, where suicide rates are high.” The Jesse Klump Memorial Fund provides a scholarship each year to a member of the Snow Hill High School graduating class. In 2018 the value of the scholarship was $15,000, and the recipient was chosen for having demonstrated a willingness to put others ahead of him or herself. “We say that our scholars plan to use their educations to make the world a better place,” said Klump.

The Jesse Klump Suicide Awareness and Prevention Program educates people about the importance of recognizing the warning signs of someone at risk of suicide, and of taking the steps that anyone can take to preserve that life until healthcare professionals can step in. Information on the Fund, the missions, and Jesse’s Paddle is available by calling 443-982-2716

Out of the Darkness Community Walk for Suicide Prevention 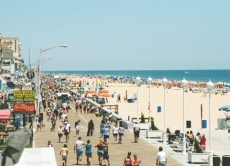 The Community Walk is a partnership of the Jesse Klump Memorial Scholarship Fund, the American Foundation for Suicide Prevention (AFSP), the Worcester County Health Department, and Atlantic General Hospital, among many others. It is always held in late September on the Boardwalk in Ocean City, Maryland.

Funds from the Walk, support local suicide prevention efforts and the suicide research, education and outreach work of the AFSP, which helps our efforts to prevent suicide and save lives, increase national awareness about depression and suicide, and provide support for survivors of suicide loss. The Walk is a 10 block leisurely stroll, along the Atlantic Ocean on the Ocean City Boardwalk. Many walkers carry banners and posters to remember those loved ones lost to suicide.

For more information, to register for the walk, or make a donation for this year’s event, go to the American Foundation for Suicide Prevention website for all the details.

What You Can Do